We have had a very active week since we arrived and got started work. We arrived on Saturday the 17th and checked into the visiting scientists quarters near the big dish. And then we saw it…..

The Arecibo dish is too big to be taken in in one photo so here are a couple to give some sense of scale. 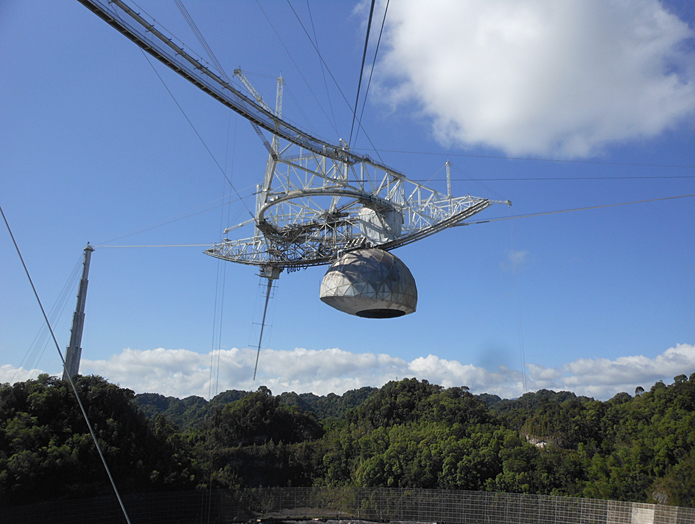 Figure 1: Central Focus of the Arecibo Dish (click on image to enlarge)

See the ring in the middle? This picture below is what it looks like with people on it looking down to the center of the ring. 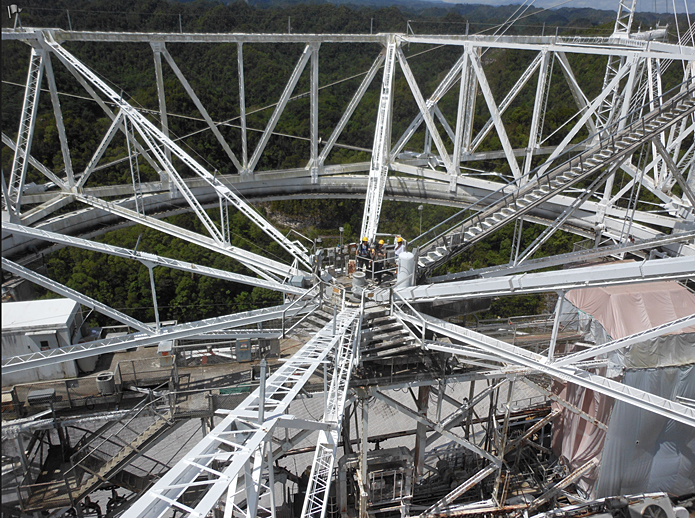 Those are people down in the center there. That gives you a slight bit of sense of the size of the place.

Mike Nolan and the folks at the dish are just the best people imaginable. There are several scientists in residence at this time running experiments and there are several who do things remotely. One scientist showed us some amazing pictures of a celestial body that are amazing (keeping it quiet until the findings are published) that were obtained with the radar at the site. The power amplifier that we had shipped to the site puts out about 400 watts on S-Band. The one on site here, running at half power, is a megawatt. We can’t use that one as it is very precisely tuned to its frequency and can’t be changed. The days kinda run together down here so the days are estimates for what we did starting but here are our day to day accomplishments while down here.

Since the power amplifier from Germany was a bit late, we started out by conferring with the staff here on the best approach to be able to use the dish. Mike Nolan, Phil Perillat, and Dana Whitlow, Victor Negron, and the group are all outstanding technical and scientific people and helped us figure out the ins and outs of using the dish down here. The dish requires near constant maintenance and so it is near the end of these times, after the work is finished, that we have opportunities to receive signals from the spacecraft. We brought our own transceivers down here, the Ettus Research USRP 210s which use the GNU radio Software Defined Radio (SDR) open standards. Operated by the right people, such as Ettus engineer Balint Seeber (Ettus graciously allowed Balint to come down here with us).

We began by replicating the basic reception of the spacecraft using the dish and using their equipment in parallel with ours. The first day, which I think was Tuesday, Phil saw that the signal from the spacecraft was weaker than before. We had some time to work and Balint did some configuring of the USRP receiver. However, not much more than that happened and we were somewhat concerned about the signal. Was the spacecraft failing as it approached Earth? So we asked the folks at Morehead State to monitor the spacecraft on Wednesday in parallel with Arecibo in order to see what they could see.

On Wednesday we got the great news that the power amplifier had been shipped from Germany, next day Fedex! The team worked during the day writing software that would be used for receive testing at the dish. When the pass started, we were very surprised to see that the signal from the spacecraft was basically missing. We consulted with Morehead and found that they were receiving the signal stronger than ever. We also were receiving signal from the 6 meter dish at SETI in California. Phil Perillat then did some investigating and found the signal, but at a very weak signal strength on a side lobe of the dish. (Lobes are part of the spread of received energy from the dish). Some calculations indicated that if Morehead could hear the signal in its main lobe but we could not, then there was a divergence between the position of the spacecraft and the ephemeris file provided by the NASA JPL Horizons server. We did not have enough time on Wednesday to find the spacecraft on the main lobe.

Huzzah! We received the tracking number for the power amplifier and instead of waiting for it to be delivered around 5:00 pm, we and the film crew with us took off to the west end of the island to pick up the amplifier at Fedex. We were greeted by Wilson at the office (if you don’t know who or what Wilson is, watch the Tom Hanks movie about the crash of a Fedex plane): 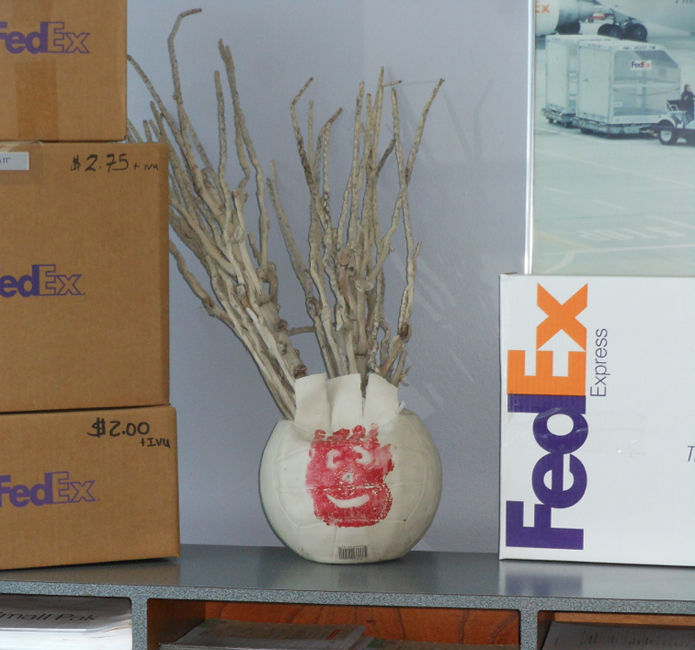 Figure 3: Wilson Greets us at Fedex in Puerto Rico (click on image to enlarge)

We picked it up early and got back to Arecibo before 1:30 in the afternoon, when it started raining which halts all activities in the center focus of the dish for safety reasons. However, we did remove it and its power supply from their crates and set up the system to begin testing at the control center on Thursday evening.

We also were able to get some quality time in on the system for a receive test. The ever diligent Phil Perillat initiated a search for the spacecraft and was able to lock onto it, but with an offset of -0.47 degrees in Right Ascension (RA) and 0.08 degrees in Declination (Dec). After some calculations this indicated that the spacecraft was approximately 250,000 km away from its expected location. With this information the signal was solidly locked to the spacecraft with approximately 55 db of signal to noise on one frequency and approximately 45 db on the other. The difference is due to polarization differences between the two signals principally. We were also able to lock onto the signal using the Ettus USRP 210 radios of ours. This is shown in figure 4: 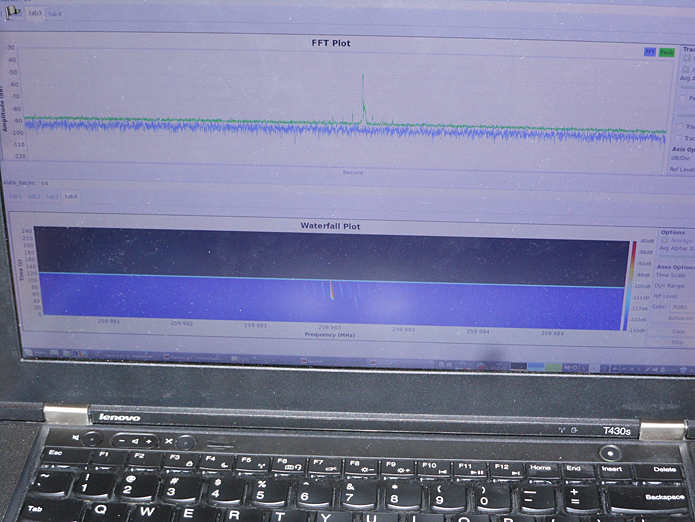 Figure 4: FFT and Waterfall Plot of ISEE-3/ICE Signal. (click on image to enlarge)

We had some very happy campers in the control room!: 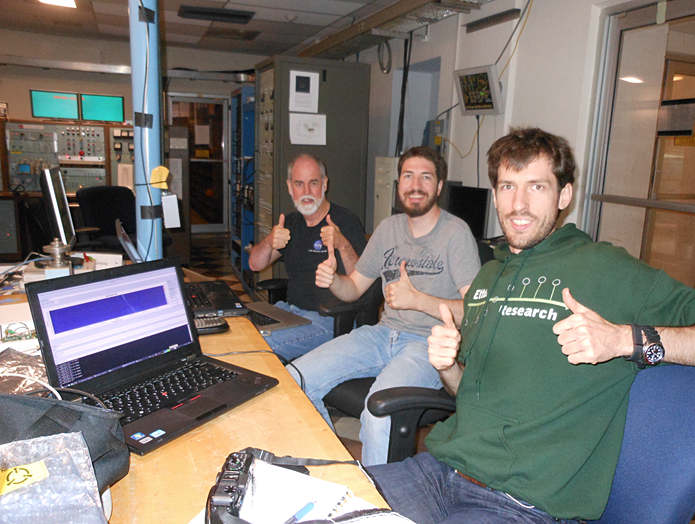 Figure 5: The ISEE-3 Reboot Crew After Signal Confirmation on USRP Radio (click on image to enlarge)

With the successful reception of the signal on the USRP radio we confirmed at least the entire receive chain and processing through our laptops the signals in GNU radio. Balint did a marvelous job there and we had help from John Malsbury who had been with us the previous two days.

On Friday the team from Arecibo lifted the Dirk Fischer Electronics power amplifier from the bottom of the dish up to the central focus and installed in the transmitter room. Figure 6 shows the power amplifier and its power supplies installed and ready to go: 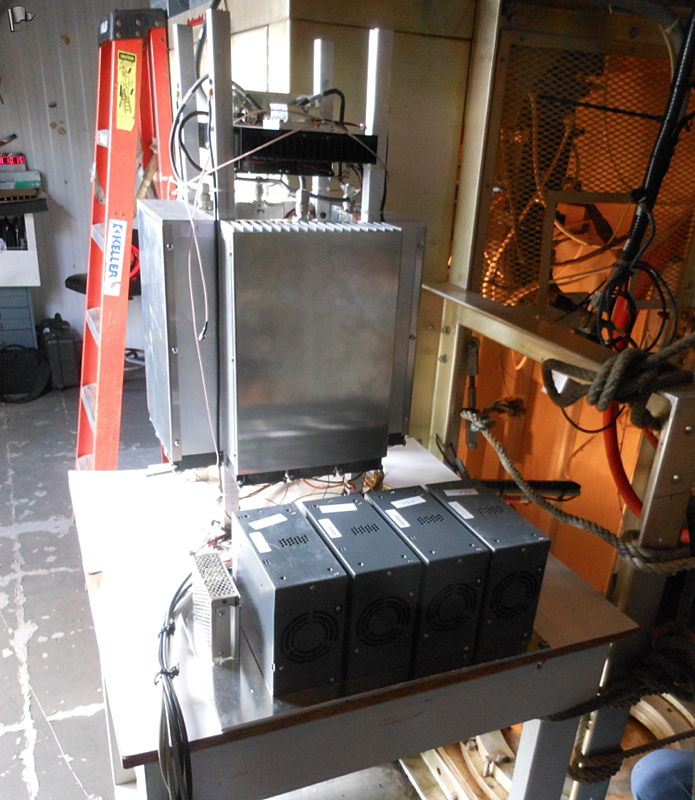 Figure 6: Dirk Fischer Electronics Power Amplifier Installed in the Arecibo Transmitter Room (in the Dome) (click on image to enlarge)

During the previous few days discussions had been had with Dana Whitlow and Victor Negron about how to get our transmitter signal from the USRP up to the power amp. There are several fiber optic cables (as stray RF is a big no no there) that could carry the signal from the control room to the dome. Then there was a coax to go from there to the power amp. This created a lot of signal loss so preamplifiers were installed on top of the power amp that would allow us to boost the signal to the proper level to drive the transmitter to full power. All of the transmit path from the control room to the preamps were tested and shown to be operational.

With everything installed we then decided to do a final end to end test of the system. We sent signals up to the preamps that then allowed Dana Whitlow adjust them and to monitor the output of the power amp. After some trial and error this was accomplished and all four of the amplifiers that made up the combined power amp were tested and it was confirmed that they operated at full power while remaining relatively cool in the transmitter room. This is the same room where the big megawatt klystrons are located. In this test we found a couple of configuration issues to deal with which were successfully fixed. Thus by the end of the day, we had a completely successful end to end test of our transmission and reception system.

Discussion and Agenda for Next Week

Originally we were going to head home this past Friday. However, with the inevitable delays that are part of doing real work, we reached our first major success milestone here at Arecibo on Friday. Thus we have extended our stay for another week in order to actually transmit to and attempt to command the spacecraft. The end to end test revealed a couple of operational issues that we have to deal with such as that with a dish with this fine of a main transmit lobe, that we may have to offset the dish to “lead” the spacecraft so that it will be where it should be when it receives the signal. This is doubly true as we now know that the spacecraft is off course compared to the existing ephemeris.

The error in position has just elevated the concern level greatly. We know approximately what the offset error is from the existing ephemeris but we don’t have enough information yet to plot a new course and generate a new ephemeris file. This has become extremely important as there is a solid statistical chance that the spacecraft could impact the moon or even be off course enough to threaten other spacecraft in Earth orbit. We are working with Mike Loucks of Space Exploration Engineering (SEE) our trajectory guy on this issue. An east coast company, Applied Defense (ADS) has also offered their help and engineering support to derive a new ephemeris from our new position reports. ADS and SEE did the trajectories for NASA’s just completed LADEE mission. It won’t be perfect but it will be an improvement over what we have now.

This is a necessary improvement as we are far enough off course that if we fired the engines now for a course correction, it could easily make matters worse. So we have just had the level of concern increase dramatically! We will know more when we are able to get time on the dish again, maybe Monday at best but definitely Tuesday so that we can have multiple plot points along an arc to give to Applied Defense for them to work with creating a new orbit plot.

We hope that if all of the stars align (some of the stars are paperwork), that we can attempt transmission to the spacecraft to command it into engineering mode on Tuesday. It is imperative for us to do this and to attempt to range to the spacecraft to further refine the orbit. Reading the engineering telemetry, debugging the demodulator and the telemetry system software are our biggest tasks this week. We will have Morehead State and the SETI Allen Array (or some subset), listening to see if the telemetry is being transmitted. This will allow several hours of reception instead of just the 2.5 hours here at Arecibo.

Oh, and thanks to all of those who donated to our project. As you can see, your money is being well spent!